Sidney Starr is a figure of considerable importance with regard to the history of art in Britain in the final quarter of the 19th century. Born in Kingston upon Hull in Yorkshire in 1857, Starr was awarded the Slade Scholarship in 1874 and studied under Sir Edward Poynter and, later, Alphonse Legros. Early in his career, Starr met and developed a close relationship with James Abbot McNeill Whistler (1834-1903). Like Walter Sickert, Starr was a Whistler protégé following him on the path of naturalism and Impressionism. He showed at the Royal Academy from 1882 to 1886 and had been exhibiting at the Royal Society of British Artists since 1874. However it is interesting to note that Starr was elected to full membership at the RBA in the same year that his mentor, Whistler, became president of that body – 1886. In 1888, when Whistler was deposed by the RBA, Starr was one of the artists who abandoned the Society with him.

After leaving the RBA, Starr joined the newly-formed New English Art Club. There, along with Sickert, Philip Wilson Steer, and Theodore Roussel among others, Starr became one of the key members of the clique who eventually proclaimed themselves the ‘London Impressionists,’ staging an exhibition under that name at the Goupil Galleries in December 1889. Walter Sickert wrote the preface to the catalogue for that exhibition very much in the vein of Whistler’s famous ‘Ten O’Clock’ lecture, and certainly, Whistler’s influence on the group remained profound. The London Impressionists sought to interpret and to respond to recent artistic developments in France, in particular the work of Degas and Monet.

Sidney Starr was awarded a bronze medal at the Exposition Universelle held in Paris in 1889 for his painting of Paddington Station (Durban Art Gallery). In 1892, however, after an ill-fated love affair with the wife of a patron, Starr emigrated to the United States; he remained there until his death in 1925. In the US, Starr was commissioned to paint murals for Grace Church in New York City, and a series of 24 panels for the Simmons Corridor of the Congressional Library in Washington, DC. He was a member of the New York Watercolour Club. Works by Starr are held in several major public collections in the United Kingdom and North America, including Tate Britain and the National Gallery of Canada.

Starr’s work is extremely rare on the market. Barely one example, drawing or painting, surfaces every five years. This example emerged at an auction in Glasgow recently and was seen by the Whistler scholar Margaret MacDonald at Glasgow University. It has also been seen, but not in the flesh, by the specialist art historian, Anna Gruetzner Robins. The location of the fairground has yet to be established. 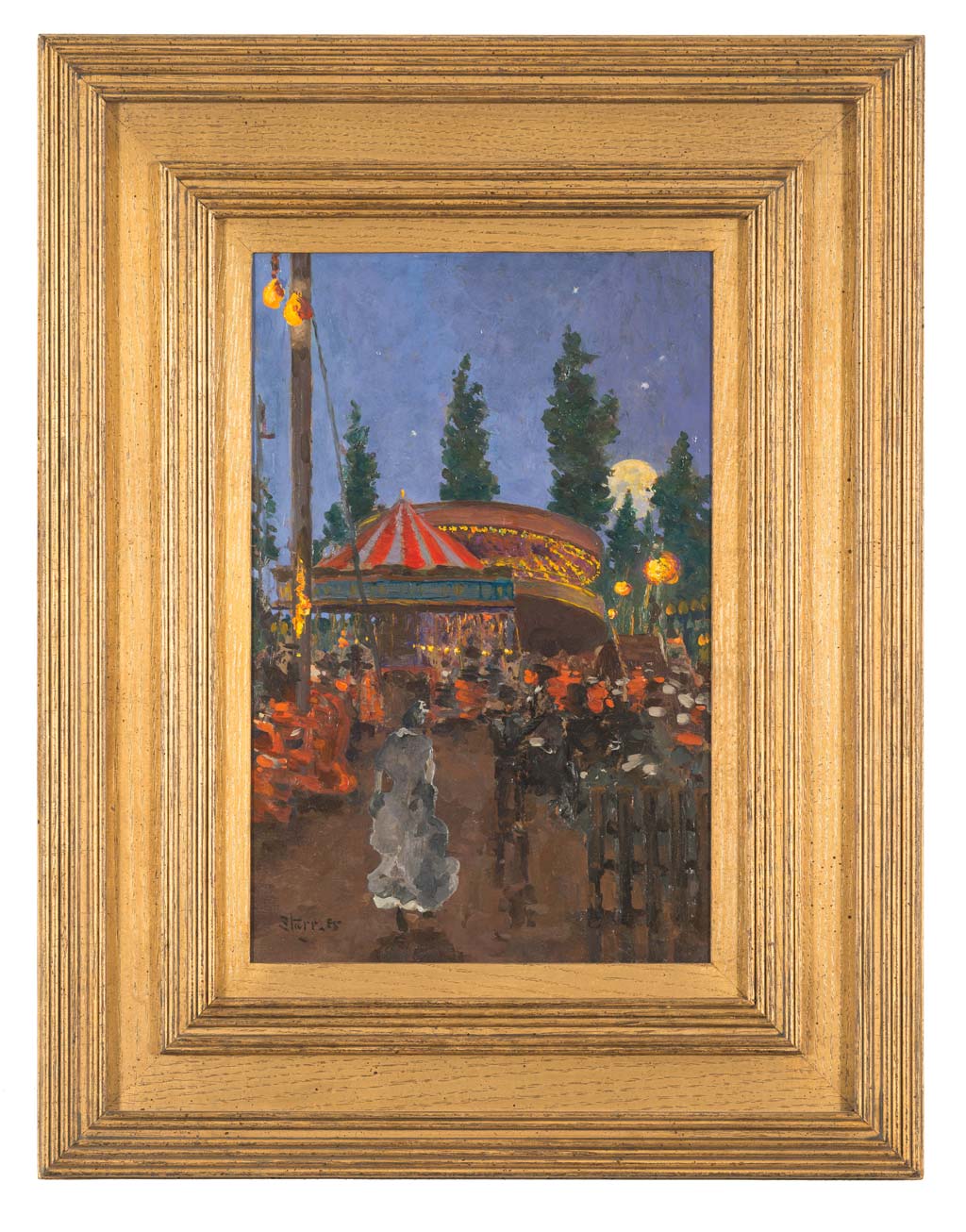