Although primarily a landscape painter, Ivon Hitchens produced a significant number of flower paintings that were, and still are, highly sought after.

This painting is undated, but probably painted c.1933 from comparison with similar works (see Flowers in a White Bowl, 1933, illustrated in Ivon Hitchens by Peter Koroche, pub by Lund Humphries, plate no 32). During the 1930s, the debate on the relative merits of abstraction and figuration was a central one in contemporary art circles. Hitchens stood somewhere in the middle. From its beginnings in 1920 to its end in 1935, he was a member of the now revered Seven & Five Society which counted Henry Moore, Barbara Hepworth, Ben Nicholson and John Piper among its members. If there was a unifying characteristic, it was a tendency to reject academic principles and return to a primitive simplicity, and to explore "poetic naturalism" and delicacies of colour.

It was also characterised by what it was not; although advanced in its informal approach, the Seven & Five was neither modernist, realistic, surreal nor abstract. However, by the mid-1930s the appeal of surrealism or abstraction drove the nation’s avant-garde into splinter groups – none of which Hitchens signed up to – though his compositions do incorporate an abstracting vision. A resident of Hampstead, a hotbed of advanced aesthetic theory, or "a nest of gentle artists" (Herbert Read), Hitchens was the outsider of the gang. He was suspicious of intellectuals like Read for being too political and doctrinaire.

In the early 1930s, Hitchens’ work displayed some influence from the two great French painters, Henri Matisse (line and colour) and Georges Braque (construction and composition), though his work becomes less rigidly constructed than Braque. In this painting all the figural elements are carefully placed, though not in an obviously realistic manner. The composition is structured but informal, as is the application of paint with varied width brushes and gestural strokes. The presence of particular flowers and the spaces between them is highlighted by the white ground which lifts the subject into a blaze of colour as powerful as any Peploe, but in a more intoxicating, abstracted format. 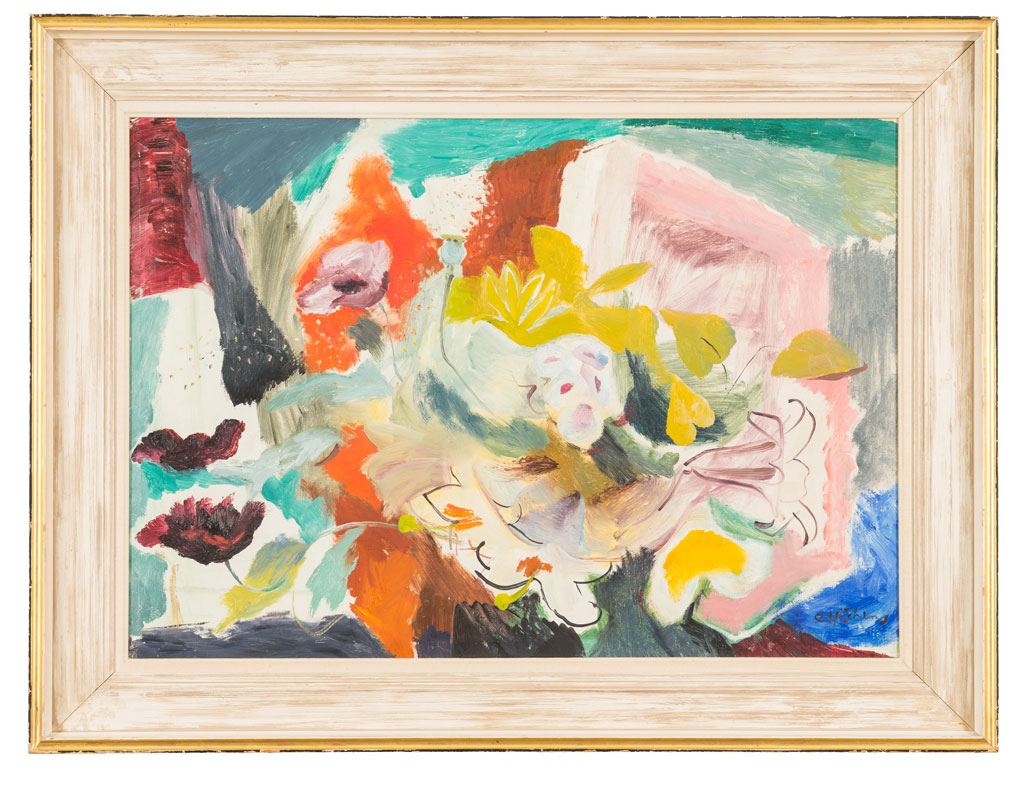