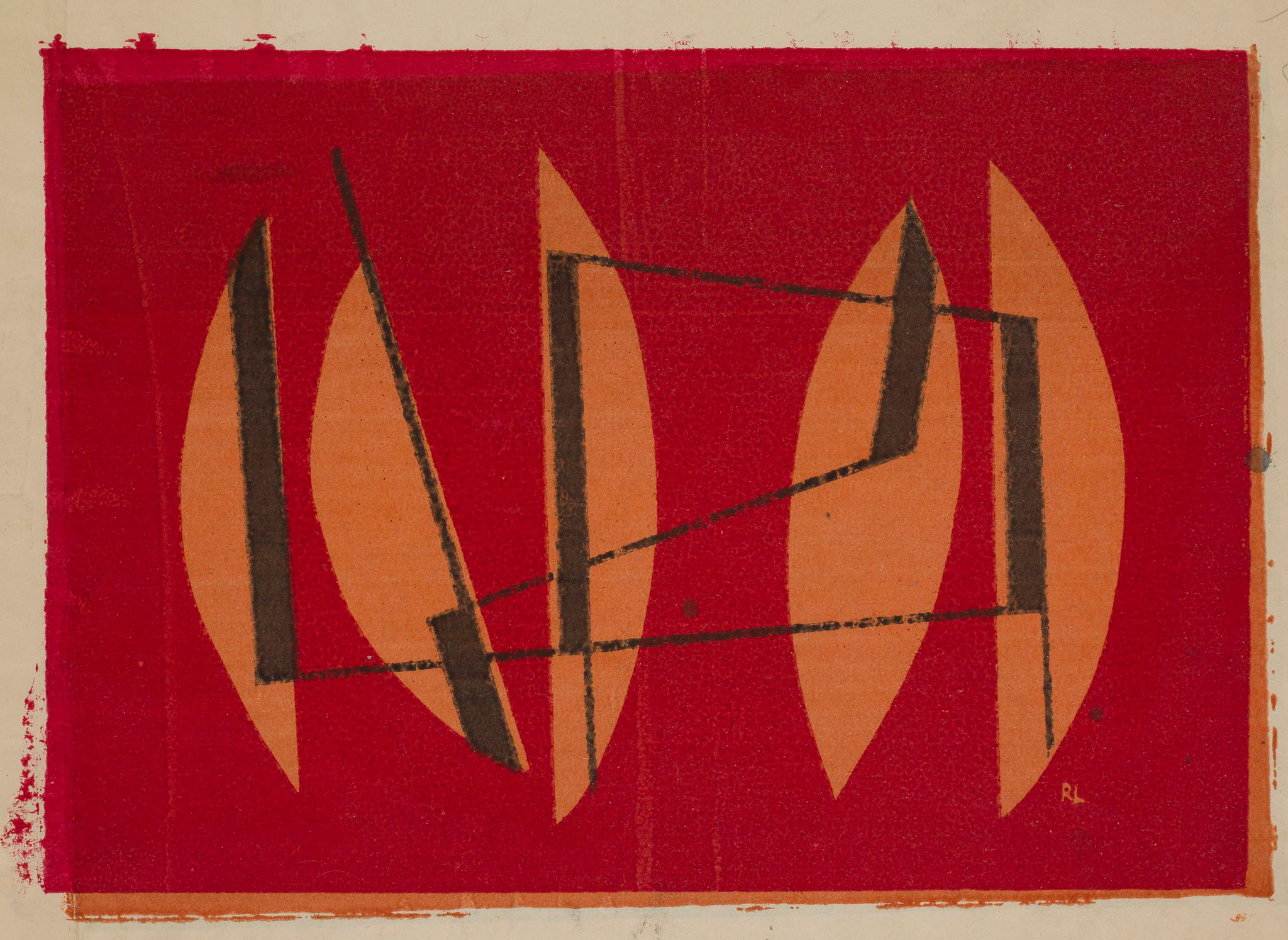 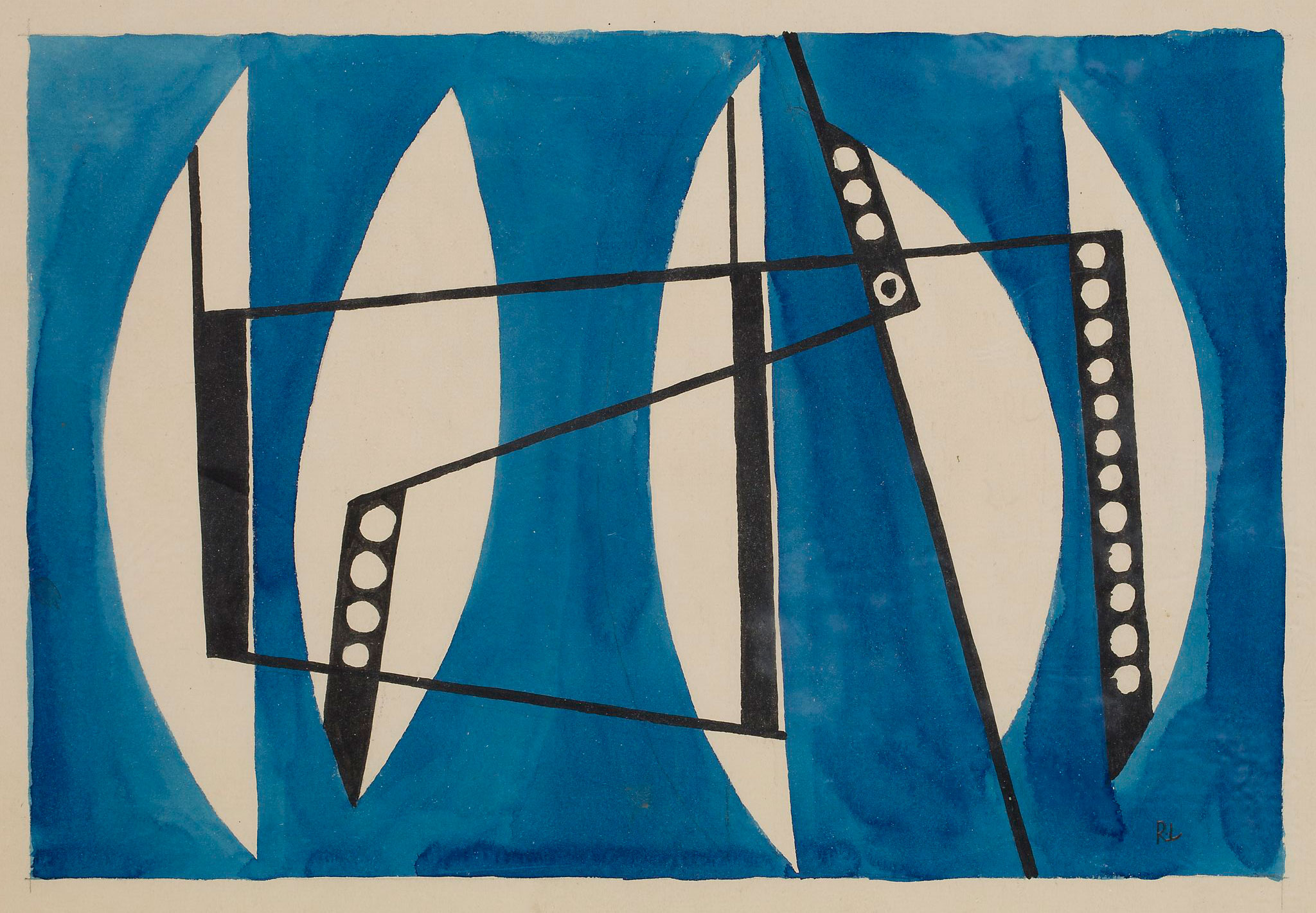 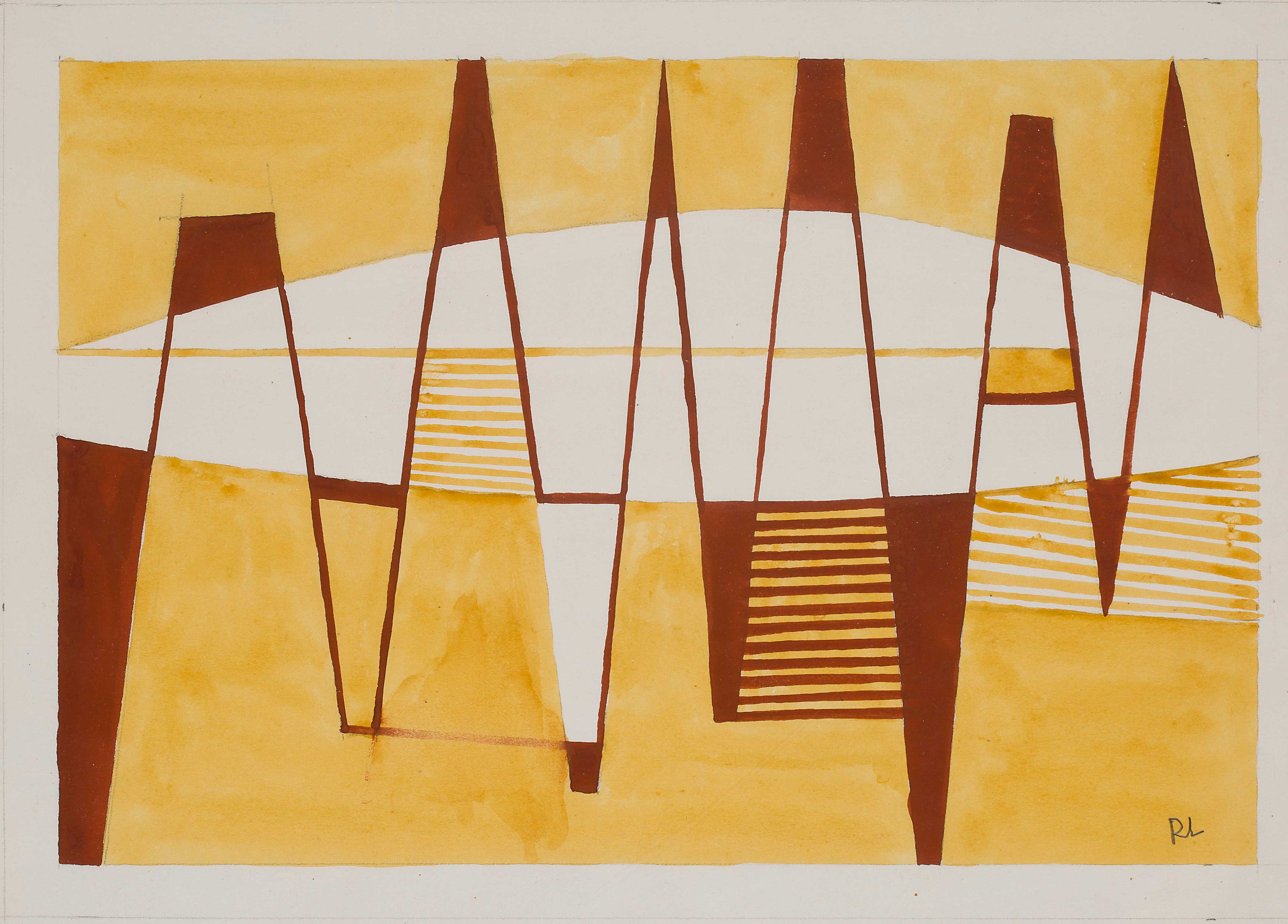 Provenance: From the Estate of an important St. Ives’s artist

In an attempt to gain publicity for the growing St. Ives art scene in the 1950s, Denis Mitchell and his brother formed the company Porthia Prints. They encouraged local artists to submit original designs, which would then be screen-printed onto pieces of linen and sold as table mats. Terry Frost, who sometimes helped Mitchell with the printing of the textiles, described one reason for the venture as ‘just a way of making a bit of extra money’ for all the artists concerned (quoted in Geoffrey Rayner et al., Textile Design: Artists’ Textiles 1940-1976, Antique Collectors’ Club Ltd., 2014, p.92).

At least 17 painters and sculptors took part in the project and put forward designs to be produced on linen fabric. 13 table mats were selected and, by 1955, they were being produced and sold exclusively through Heal & Son Limited of London. The artists featured were John Wells, Peter Lanyon, Terry Frost, Roger Hilton, Robert Adams, William Gear, Denis Mitchell, Michael Snow, Wilhelmina Barns-Graham, Patrick Heron, Barbara Hepworth, Stanley Dorfman and John Forrester. By 1957 Alexander Mackenzie, Trevor Bell and Agnes Drey had been added to the team.

The results were unveiled to the public on 1st March 1955 at the exhibition Abstract Designs at Heal’s Mansard Gallery. It was opened by Philip James, then Director of Art at the Arts Council, and was introduced as follows:

Designers of fabrics repeatedly draw on the inventiveness of contemporary printers and sculptors for their inspiration. This is bad if it perverts or destroys the impact of the artists’ ideas on his public, but it can be a good thing if it helps to break down the separateness of the artists, enabling people to become familiar with his idioms by incorporating them directly into their everyday lives.

Recently Porthia Prints invited a number of painters and sculptors, who are not normally fabric designers, to solve a simple problem of functional design. The first results of this experiment form the present exhibition. One part is composed of the table mats, screen printed in two colours onto linen, from the designs of these artists. The other part of the exhibition is of paintings, prints and sculptures by the same artists, so that we can see how, in solving his problem of design, each painter and sculptor has used again the particular personal idiom of his art.”

In the early days there was some optimism. Orders were secured in London for £150 worth of mats, and Bonnier’s of Madison Avenue proposed an exhibition. Heal’s declared themselves ‘satisfied’ with the sales of the first few weeks. But problems were already beginning to surface. Repeat orders often caused difficulties, as their production method was calibrated for the manufacture of thirteen or fourteen prints of each design, which were intended to be sold in sets or singly. However, most clients requested sets of six different mats or varieties of individual prints and Porthia struggled to keep up with demand. Denis also wrote to Stanley Dorfman saying, ‘I have found it impossible to get any one to work, they are all damn lazy.’ Mitchell, though, was convinced that together they could have ‘built up a nice little business.’ The production issues led Heal’s to withdraw their support in 1960.

Apart from an exhibition at the Redfern Gallery in 1986, showing six of the mats, and a fuller exhibition of the mats in 2006 organised by the Belgrave Gallery, St. Ives in conjunction with Margaret Howell, London, these works have been largely unknown. The following collection from an important St. Ives artist’s estate, including a number of original designs, marks an important moment in the St. Ives artistic movement and a rare and unique collaboration of artists associated with St. Ives in the Post-War years.