Going to the well

Albert Chevallier Tayler studied art in England and then France at the Academie Julien where he, along with other young artists of his generation, was influenced by the fashion for plein air painting (ie, painting in the open air as opposed to a studio) and the use of a square brush technique of paint application, popularised by Jules Bastien-Lepage, to lend light and solidity to the rural naturalism of their subjects. Just as French artists had earlier been drawn to the Barbizon school outside Paris, Tayler and several of his peers were drawn to the landscape and life of Newlyn, a remote fishing village on the Cornish peninsula where he worked during the last decades of the 19th century.

The Newlyn School developed from French naturalism but in a specific response to local conditions. It also counted artists such as Henry Scott Tuke, Thomas Cooper Gotch, Stanhope Forbes and his future wife, Elizabeth Armstrong, Leghe Suthers and Walter Langley amongst its associates. Chevallier Taylor was one of the most popular and entertaining artists in Newlyn. Stanhope Forbes claimed him as his best friend. His work, however, is rare, and the whereabouts of only a few works is known.

This charming painting is dated 1884, the year that both Tayler and Stanhope Forbes settled in Newlyn, and so is of pivotal significance. In it a young girl carries a large clay water jug through a field of wild flowers to collect water at a well. It is typical of the advanced painters of the time in embracing rural life and capturing its simple beauty. Though small, the painting bears the characteristics of the square brush technique taught by Jules Bastien-Lepage in Paris. "Tayler was a master of the square brush technique," writes Louise Connell, director of the Penlee House Museum collection. "The softened edges achieved with this technique give a feeling of atmosphere and light in his work." The stylised, square lettering of the signature was also shared by other advanced painters of the day, notably John Lavery, Walter Frederick Osborne and George Clausen. A not dissimilar painting of a Peasant Girl Carrying a Jar by Clausen from 1880, which also utilises a high horizon line as taught by Bastien-Lepage, is in the Victoria and Albert Museum collection.

By the 1890s, Tayler had moved from Cornwall to London where he pursued a more genteel, urban lifestyle, exhibiting regularly at the Royal Academy, accepting commissions for portraits, and keeping in touch with the latest artistic developments, including the London Impressionists. A good selection of his works can be seen at the Penlee House Museum in Cornwall, as well as in Tate Britain and the Victoria and Albert Museum.

There was a massive revival of interest in the Newlyn School during the 1980s when it became acceptable to refer to this branch of painting as 'British Impressionism'. The market for Newlyn school paintings boomed and by 2000, prices for artists such as Stanhope Forbes hit the one million pounds mark for the first time. 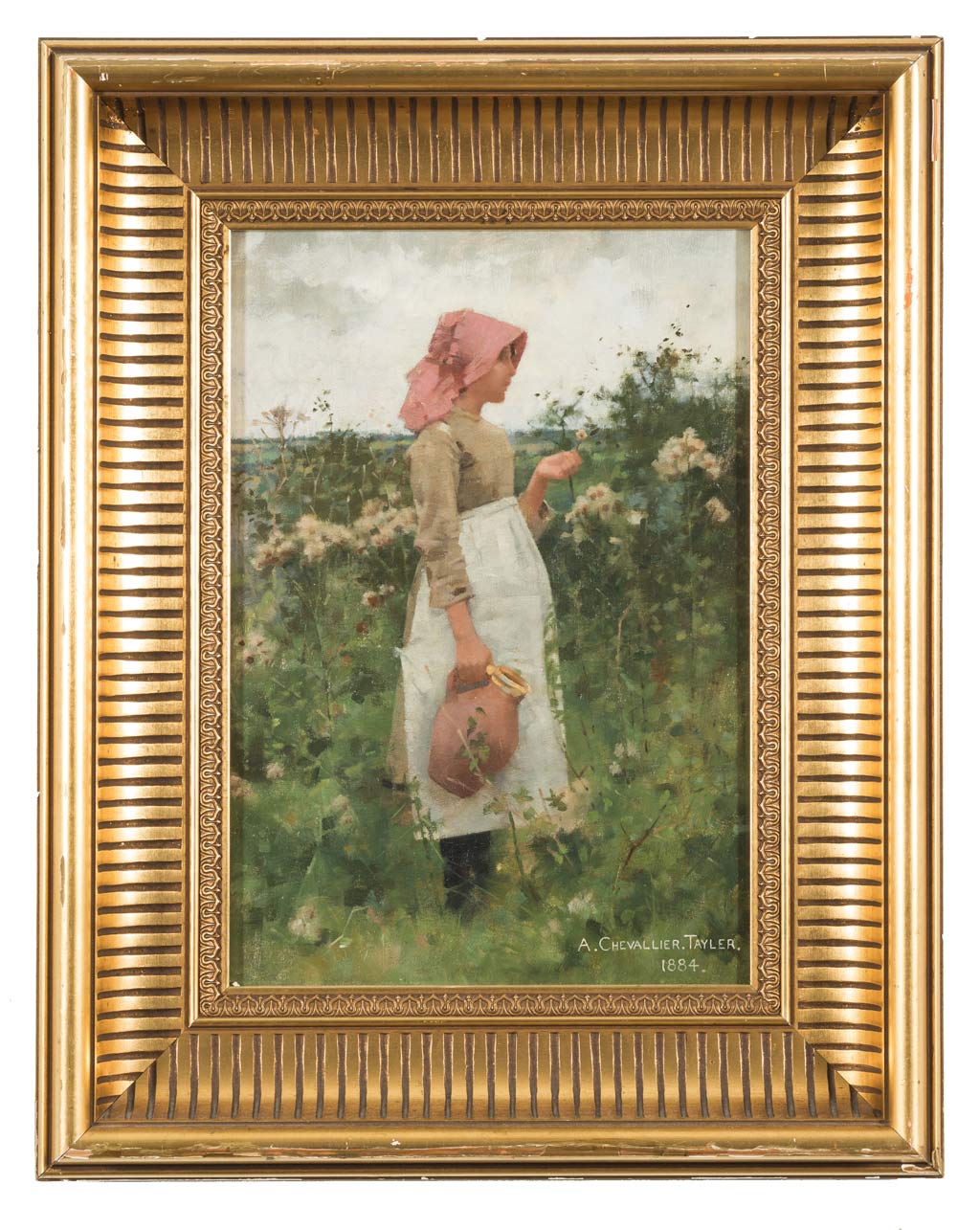