Signed ‘F C B Cadell' lower left; inscribed in pencil ‘Harvest Moon – Yachts in Iona Sound – No 2’ on the reverse

Provenance: Sir Patrick Ford, by whom bought directly from the artist; and by family descent

Francis Campbell Boileau Cadell was a Scottish Colourist painter, renowned for his depictions of the elegant New Town interiors of his native Edinburgh, and for his work on the island of Iona.

Born in Edinburgh, the son of a surgeon, he was educated at the Edinburgh Academy. From the age of sixteen he studied in Paris at the Académie Julian where he was in contact with the French avant-garde of the day. After his return to Scotland in 1908, he was a regular exhibitor in Edinburgh and Glasgow, as well as in London. He began visiting Iona in 1912, and continued, apart from the war years, to visit until he was struck down by ill health in 1937.

There is reason to believe that the yacht depicted in Harvest Moon belonged to the wealthy Glasgow ship builder, George W Service, who Cadell met on his first trip to Iona (where this is painted) in 1912, and again the following summer when Service started buying Cadell’s work.

This is a rare night time picture by Cadell, lit by the extraordinary glow of the harvest moon, the first full moon of the autumn equinox, which lights up the waters of the Sound of Iona, a stretch of water between the Isle of Iona and Ross of Mull on the south west coast of Scotland, in true Impressionist fashion. The Harvest Moon was so called by farmers who used the extended period of lightness to gather their autumnal crops. It is not known exactly when this was painted, but it is believed to have been one of his early paintings of Iona; there are similar day time compositions dating from 1914, and the way the paint is applied with longer more fluid brushstrokes than you find in his post 1920s work indicates an earlier dating.

Sir Patrick Ford was an old school friend of Cadell’s and became one of his patrons, paying for the artist’s trip to Venice in 1910. Ford was an M.P. for Edinburgh and later became Solicitor General and built an ‘Arts & Crafts’ villa overlooking the golf course in North Berwick.  He died in 1945 and this painting was acquired from one of his descendants. 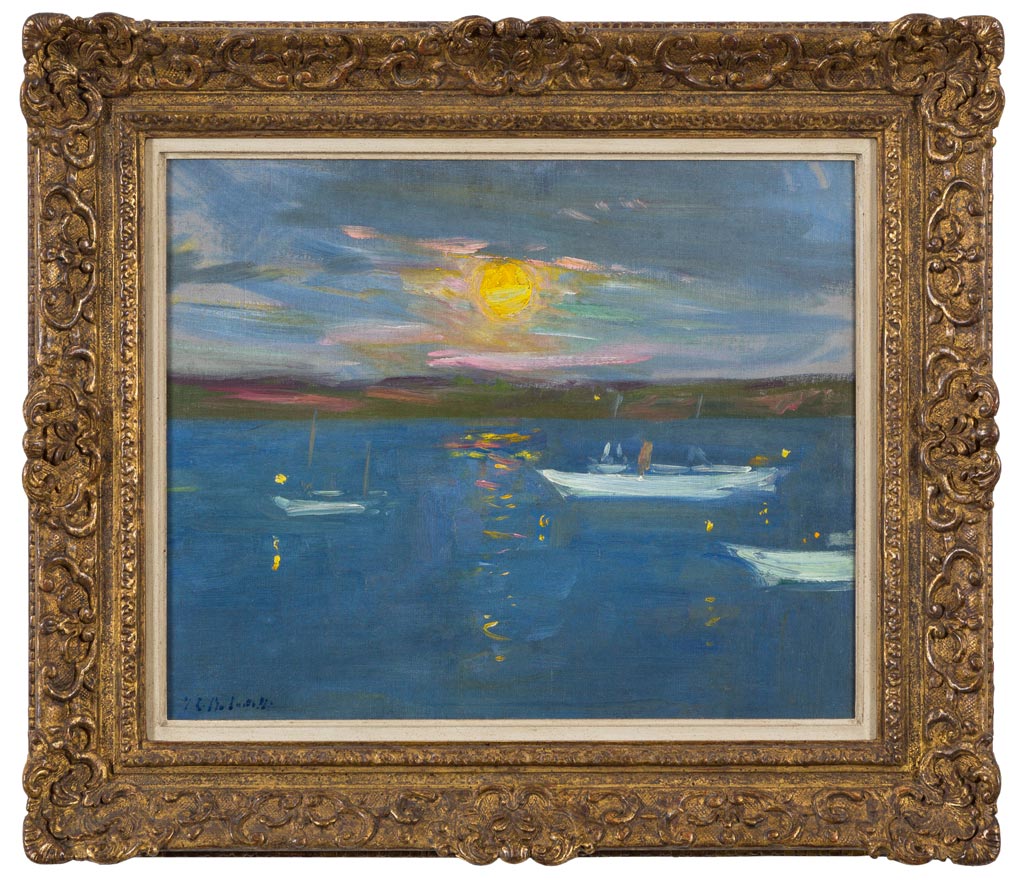