Unfinished abstract composition on the reverse

This is a view of the terraced landscapes at Castagnola, Lugano, Switzerland (close to Lake Como). Winifred liked the character of the landscape and wrote to a friend Edith Jenkinson: ‘The country is good to paint, austere mountains and patterned vineyards, terraced down the hillside with knobbly willow trees and funny fig trees and springing fruit trees’. On the verso is an incomplete abstract painting of the 1930s.

The precise dating of this early painting is not clear. It has previously been dated to the early 1920s (see Tate exhibition catalogue, 1987) and thought to have been painted at Castagnola, Lugano where the newly married Mr & Mrs Ben Nicholson had spent their honeymoon and later owned a house. On the other hand, Jovan Nicholson, Winifred’s grandson, and the author of the forthcoming catalogue raisonné of her work, believes Spring Landscape was most likely painted in the 1930s because of the abandoned abstract composition on the reverse. As Nicholson often turned her canvases round to paint on the other side and as she only began making abstracts around 1934, he feels that Spring Landscape must date from this year or later, when Nicholson began to make regular visits to the South of France. However, it is just as likely that she painted the landscape first, turned it over to make the abstract, but turned it back again.

In its composition, its deliberate naivety, its wonderfully restrained palette, accented with pools and stripes of emerald green, this painting bears all the hallmarks of the paintings Winifred and Ben made in the years of their marriage when, along with Christopher Wood, they embarked on a journey to create an English vernacular modernism, taking their cues from all manner of sources: Cubism, folk art, Matisse, the art of children. Winifred has always suffered from being seen as a footnote in Ben’s life and yet at the early stages of their careers, hers was an equal part in these attempts to be thoroughly modern – from the house at Bankshead (for which Winifred bought a Mondrian), through to their joint search for an un-tutored, ‘primitive’ language that could express modern ideas of informality and directness. Here, in Spring Landscape, we see Nicholson in full control of a visual language that is as much her own as Ben’s, more so perhaps as it has nothing to do with pure abstraction, the ‘intentional style’ that, by the 1930s, held Ben (now separated from Winifred), in its thrall. And this was a language that was to sustain Winifred for the rest of her career. 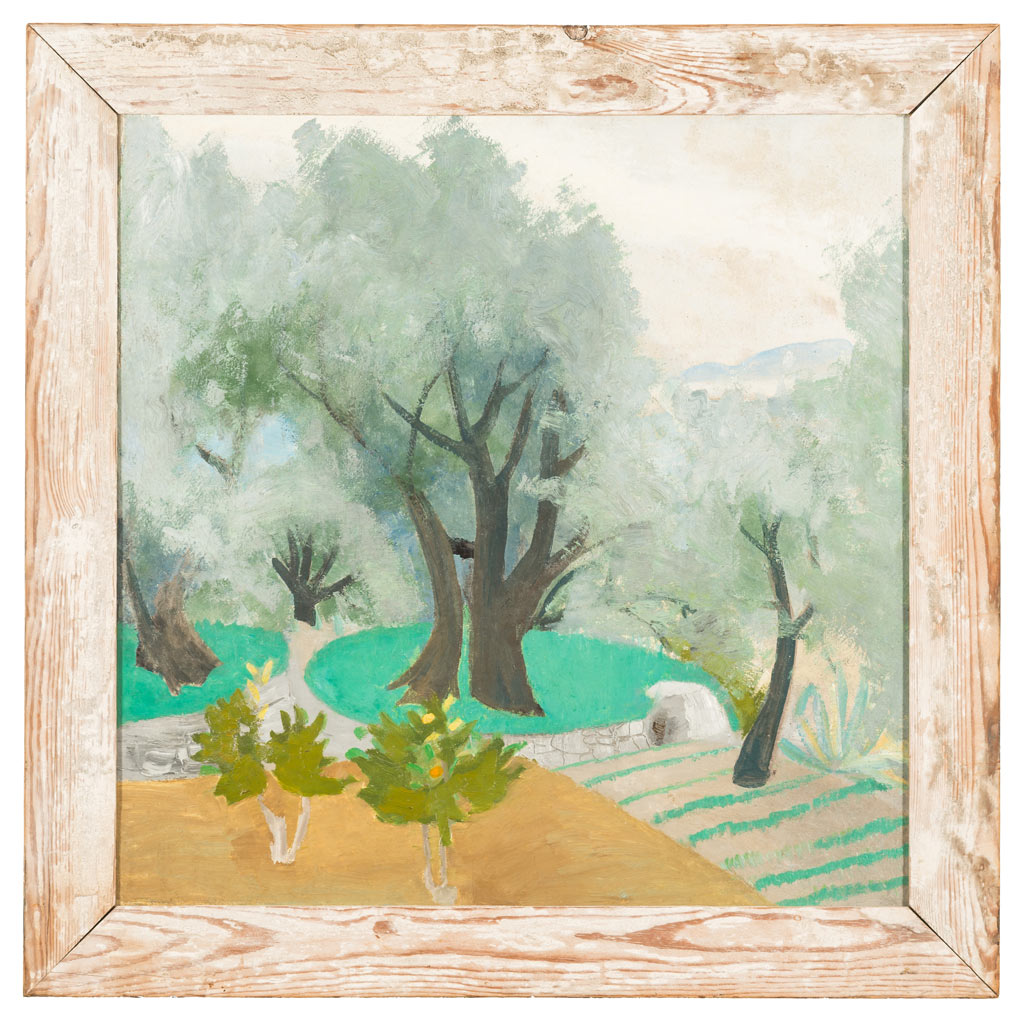