Provenance: Acquired directly from the artist by the previous owner

Born in Bristol in 1915, Mary wanted to be a painter, even as a child. She studied at Badminton School, leaving when she was 16. She went to the Slade School of Art 1932 – 1936, under the theatre designer Vladimir Polunin, who had worked for the Ballet Russes. Mary painted sets for Sadler’s Wells, but decided against theatre design and returned to Bristol, where she taught art and made a living by painting portraits.

During the War she was with the Land Army and Women’s Voluntary Service and painted propaganda murals. She was called up in 1944 and was sent abroad as a driver for the Navy, Army & Airforce Institutes (NAAFI).

In 1947, Mary had her first exhibition at the Mansard Gallery in Heals Department store with still life and flower paintings, which led on to her producing covers for “Woman” magazine. In 1949 she moved to Durham Wharf where there was a complex of studios on the Thames at Chiswick. Julian Trevelyan lived nearby. They had met before the war and married in 1951, travelling together to Europe, Africa, India, Russia and USA.

In 1956 she became a member of the London Group and in the late 1950’s she taught at the Royal College of Art, being the first Woman tutor in the paintings school. Amongst her pupils were David Hockney and Allan Jones. She was a member of the Royal West of England Academy at Bristol from the 1930’s and served as its President from 1984 -1988. In 1992 Mary Fedden was elected to the Royal Academy.

In the Autumn 2019 edition of the RA Magazine, Art Historian Jan Marsh writes “Painter Mary Fedden RA (1915 – 2012), who is underrated because she was prolific and popular and therefore deemed lightweight.  By the same token, her inventive compositions, wide-ranging allusions and outstanding use of colour are undervalued.  Immersive looking is recommended.” 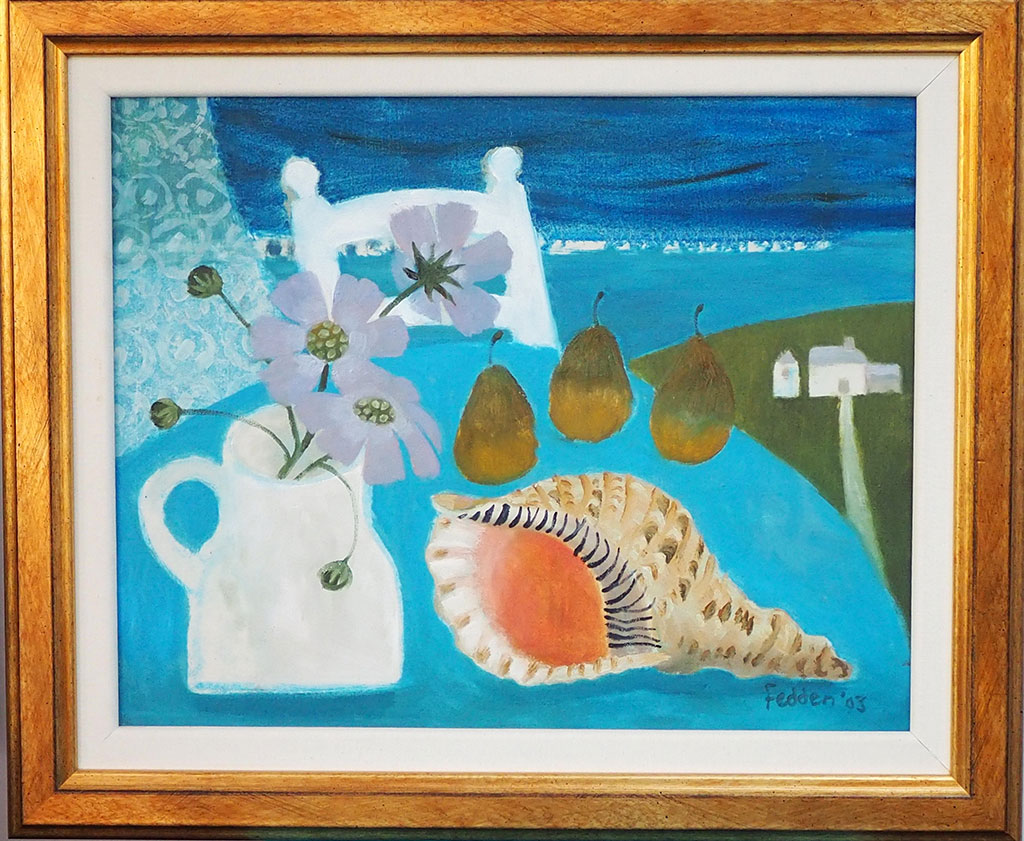