Paul Lucien Maze was born in Le Havre, Normandy in 1887. His father was a successful tea merchant and art collector. Paul grew up in a circle of highly influential artists such as Claude Monet, Raoul Dufy, Camille Pissarro and Pierre-Auguste Renoir. When he was a young boy he sketched on the beach with Dufy and learnt the fundamentals of painting from Pissarro. It is therefore no wonder that this Anglo-French painter is known as the last of the Post Impressionists and is one of the great artists of his generation. This painting, Harbour scene at Dieppe is one such example of his very distinctive and heavily influenced Post-impressionist style, illustrating a great freedom of loose brushstrokes and palette.

At the age of 12, Paul Maze was sent to school in Southampton to improve his English. This was the start of his love of all things English, and in particular, sporting events, such as racing at Goodwood, yachting at Cowes, Henley Regatta, and ceremonial events such as the Trooping of the Colour, popular social subjects of his generation & his clientele. His work was much admired by the High Society of his day, both British and American such as Peggy Rockefeller who would visit him when she was in England. He worked in oils, watercolours and pastels and was hugely prolific. Apart from the society events he loved to paint, he also painted the English countryside, New York City scenes and French Maritime scenes, no doubt inspired by his brief stint as a sailor and growing up on the Normandy coast.

Paul Maze worked in his father’s business in Hamburg and Liverpool for a number of years before moving to live in Canada for a brief spell. He returned to France at the outbreak of the First World War but was deemed unfit by the French army so instead became an interpreter with the British Cavalry regiment, the Royal Scots Greys. His work was dangerous and often took him beyond the front lines to draft accurate drawings of enemy positions. Maze was wounded several times and was almost executed for being deemed a spy. For his service he was awarded the Distinguished Conduct Medal and Military Medal by the British and the Croix de Guerre and Ordre National de la Legion d’honneur by the French. He wrote a book detailing his experiences “A Frenchman in Khaki 1934”. It was during this time in the trenches that he met Sir Winston Churchill, who wrote the forward to this book. Maze taught Churchill how to paint and was a regular visitor to Chartwell for many years.

After the war, Maze went to Paris to continue his artistic career. He made friends with Pierre Bonnard, Andre Derain, Andre Dunoyer de Segonzac and Edouard Vuillard. It was at this time that Maze, heavily influenced by the elderly Vuillard, started to use pastels. He was to become internationally known for his use of this medium and was even known to have had a piece of pastel in his hand when he died in 1979 at the age of 92. This painting of the harbour, Dieppe, was most likely to have been painted around 1930, due to palette colour and stylistic approach, as seen against other works by Maze, of the same period. Dieppe was a great artistic hub and attracted many artists ranging from Monet to Sickert. This led to much exchange of ideas and techniques which were brought back to England and influenced the artistic development of different schools of art.

In 1921 Maze married Margaret Nelson, a widow of a wartime friend. They lived in London (Maze had become a naturalised British subject in 1920) where he painted many pageants and scenes. They divorced in 1950, enabling him to marry Jessie Lawrie, a Scottish woman who became the subject of many of his paintings. They settled in Treyford, West Sussex where he painted their domestic life and pastoral scenes saying that “the greatest teacher is nature”. It was here that Maze spent the rest of his life, overlooking the Sussex Downs.

He exhibited in many major art galleries in London, Paris and USA. His first one-man exhibition was in 1952 at the Wildenstein Gallery in New York. In the same year he painted the funeral of HM King George VI and was elected as the Official Painter of Queen Elizabeth II’s Coronation in 1953. His work is included in many major collections including The Tate, Fitzwilliam Museum, Cambridge, Glasgow Art Gallery & Museum and private collections worldwide including that of HM The Late Queen Mother. 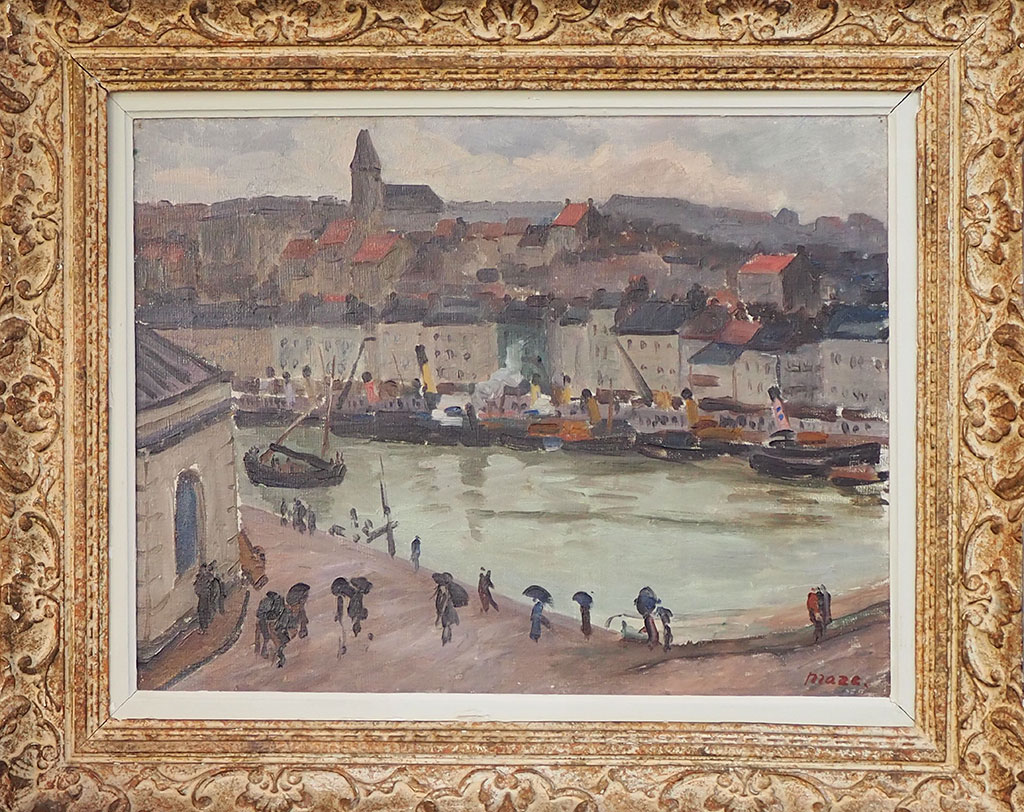 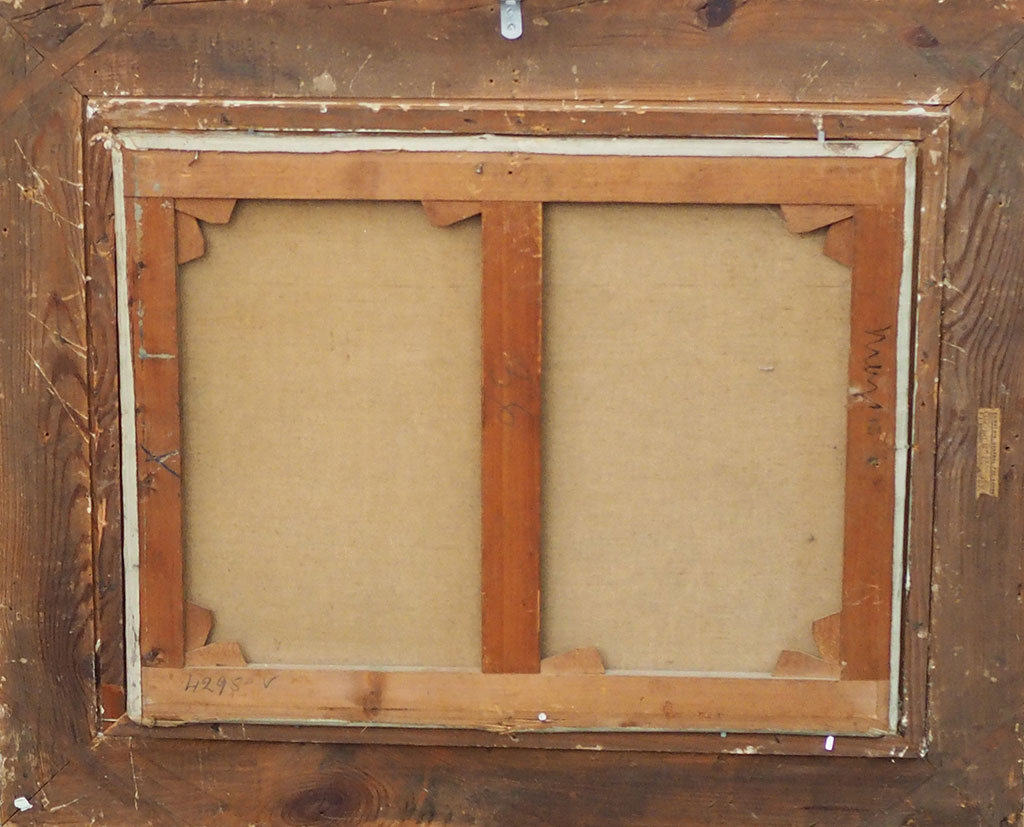